Since JASMIN came into being in early 2012, it has grown significantly in scale and complexity but also in the number and variety of users it serves, and the types of scientific workflow it supports. As the requirements of its user community evolve, so does JASMIN. The Phases below describe the major procurement and upgrade projects which have taken place. These have been complemented by the work of teams within CEDA and STFC’s scientific computing department in developing and maintaining the infrastructure and its component services and software to create the major e-infrastructure facility now familiar to over 1,500 users and 200 science projects. 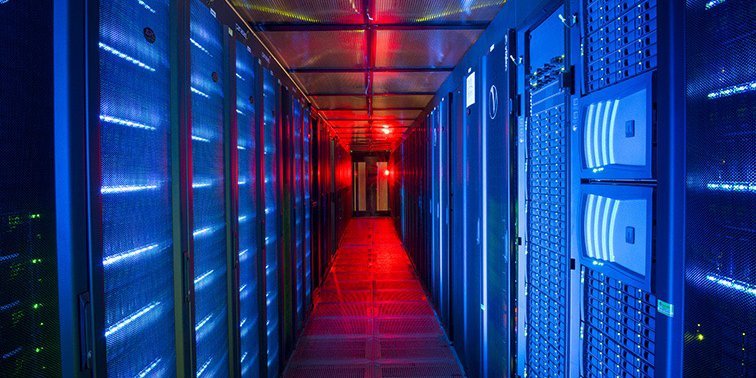 All racks powered on following major addition to storage and compute capabilities in Phases 2 and 3. 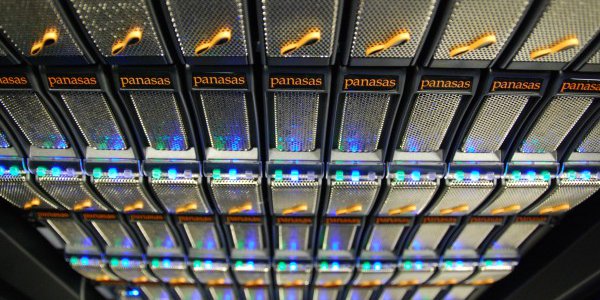 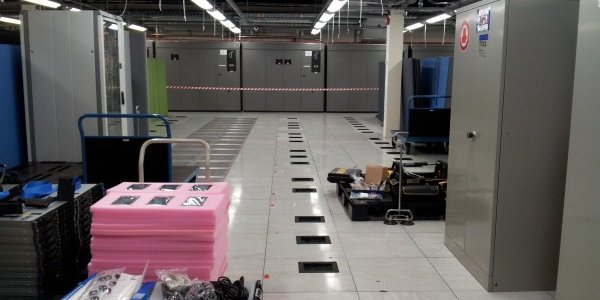 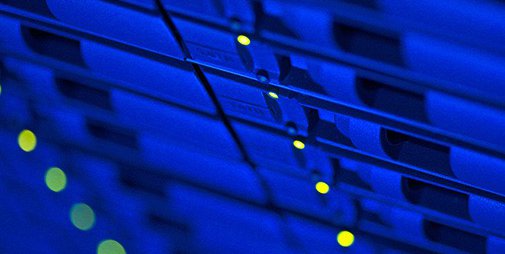 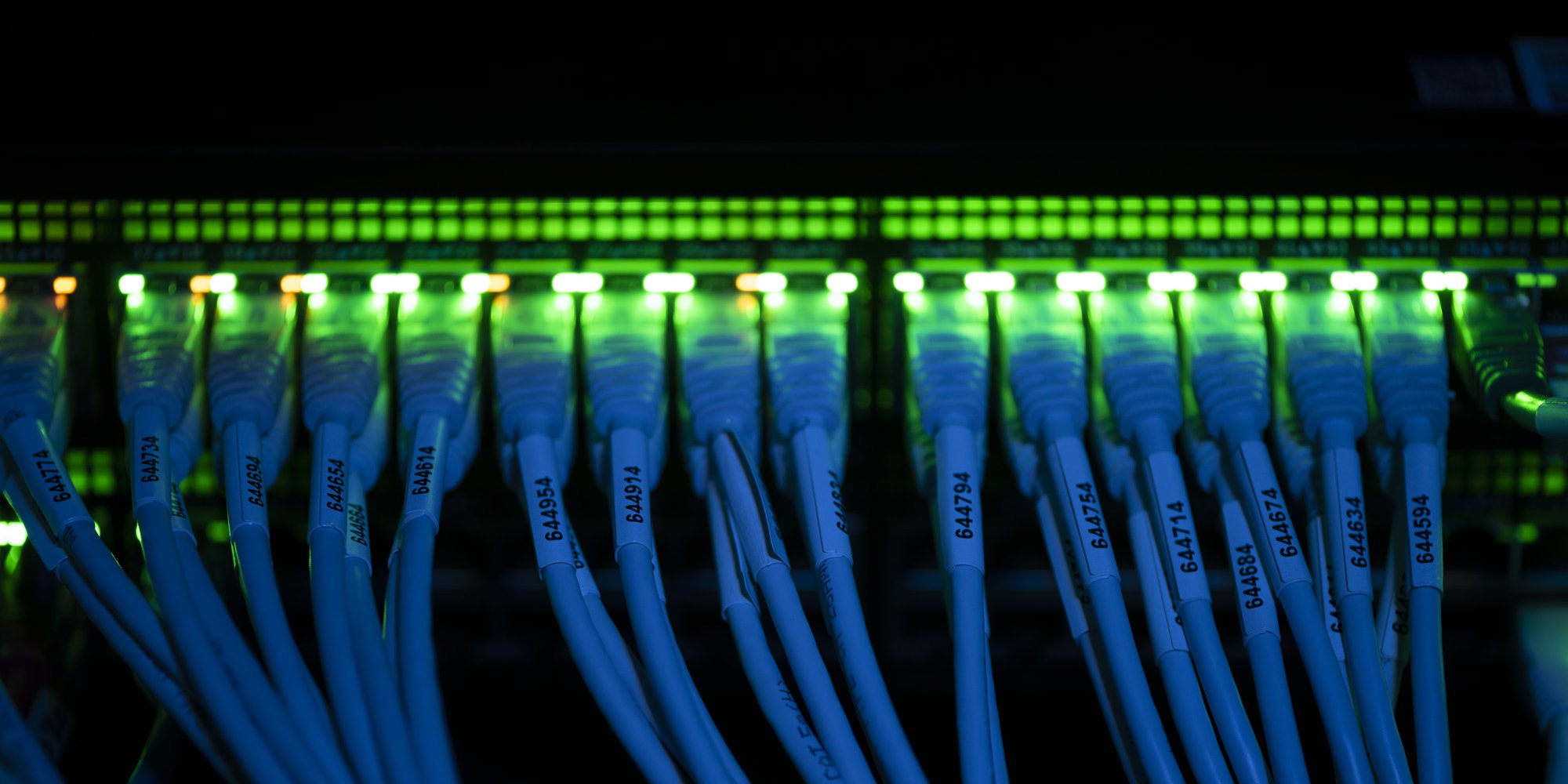 Artful cabling is required to connect across JASMIN's internal network.

Previous Next
JASMIN evolution in pictures.

The initial technical architecture was selected to provide a flexible, high-performance storage and data analysis environment, supporting batch computing, hosted processing and a cloud environment. The CEDA Archive had outgrown its previous hosting environment and the increasing need for scientific workdlows to “bring the compute to the data” drove the development of an infrastructure to support analysis of archive data alongside datasets brought into or generated by projects in their own collaborative workspaces. The first components deployed in this phase were:

Already establishing its ability to facilitate projects with data-intensive workflows, JASMIN was given additional capability to support several NERC “Big Data” projects across a range of disciplines: near-real-time processing of EO data, Earth surface deformation analysis and seismic hazard analysis, along with supporting a cloud infrastructure used within the Genomics community.

Major expansion over a 2-year period

Having proved its worth as a concept able to facilitate many large data-intensive environmental science projects, JASMIN underwent a major upgrade to provide the necessary storage and compute for its stakeholder community. Its remit now extended beyond the initial NCAS and NCEO stakeholders to serve the whole of the NERC community.

Ahead of larger investments in years to come, limited but carefully-targetted upgrades ensured that key systems continued to operate at the scales needed. A proof-of-concept project tested the feasibility of using OpenStack instead of a proprietary solution for JASMIN’s growing Community Cloud infrastructure.

Phase 4 introduced new types of storage at the scales needed to support scientific workflows into the future. Successful proofs-of-concept with Scale Out Filesystem (SOF) and high-performance object storage (HPOS) enabled large deployments of these, with SOF adopted as the primary storage medium for Group Workspace storage, and tooling and services under development to enable use of object storage within cloud-based workflows. LOTUS gained a major upgrade of >5000 cores, in a network enhanced for future expansion. Cloud tenancies were migrated to an OpenStack platform and management interfaces adapted to match. Meanwhile testbeds for Cluster-as-a-Service and JuPyter Notebooks provided previews of exciting capabilities to come.

Together with STFC’s IRIS consortium, a major upgrade to a shared tape storage facility was procured with capacity for 65 PB of near-line storage. JASMIN also acquired its first GPU servers: a small prrof-of-concept cluster of 5 systems.

It was time to say goodbye to several tonnes of storage and compute hardware from previous phases which were now retired, and needed to be removed to make room for new equipment.

LOTUS was the main focus of this phase with the replacement of old compute nodes with new higher-memory servers and work to migrate from Platform LSF to SLURM as the scheduler. A change of operating system also meant redeployment of CEDA and JASMIN service hosts throughout the system.

A much-needed boost to capacity across the many types of storage, but coupled with retirement of older disk systems and increased CPU compute for the LOTUS batch processing cluster. Following a successful proof-of-concept in previous years, this phase also establised ORCHID, JASMIN’s new GPU cluster to cater for AI workflows.